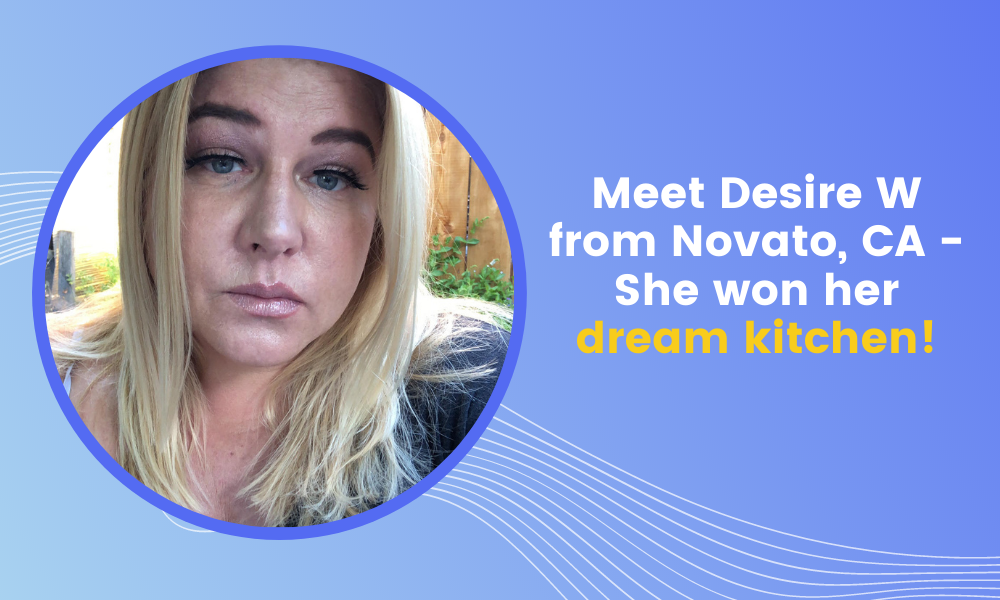 OhmConnect customer and Novato, California resident Desire W has tuned in to the biweekly prize giveaway almost every single time and watched as dozens of names were called, but never hers.

This month, while going through some unsettling times and upcoming surgeries, she didn’t get a chance to watch the broadcast as she normally would.

“The night before, I prayed to God that something good would happen to me.”

And it did. On Sunday, May 23rd, her OhmConnect username was called as the winner of a dream kitchen appliance makeover, a cash value of $5000.

“I woke up in the morning and saw the email and I couldn’t believe it,” she said on the phone. “The one time I don’t watch on a Sunday and I win!”

Using OhmHours to get zen

An OhmConnect customer for several years, Desire thinks of OhmHours as a side hustle that she does as a way to do something good for the planet.

“Everyone in my house gets annoyed with me,” she said with a laugh. Living with a few family members, she routinely flips her circuit breakers to save as much energy as she can when an OhmHour comes her way.

“I use the time to go outside to the garden and trim the roses or maybe meditate. Sometimes I use the time to catch up on the phone with a friend. My nephew lives with us and we make it a bit of a game to go around and unplug.”

Having racked up a LOT of Watts in her account, Desire entered the prize draw numerous times, on the assumption that many OhmConnect customers wouldn’t have figured out the new system and know that they have to opt in to prize draws. And she was correct!

The 3000 Watts she entered into the draw meant her name was more likely to be selected than in previous prize draws when she was simply one of tens of thousands of entrants.

“At first I didn’t like the new OhmConnect but now I can see how much better it is. I’ve waited two years to win something and now I’ve finally won!”

Congratulations Desire and thanks for being part of the OhmConnect community!

Want to give Desire a virtual high five? Sign up for OhmConnect using her unique referral link and she’ll score $50 and you get a free smart thermostat!