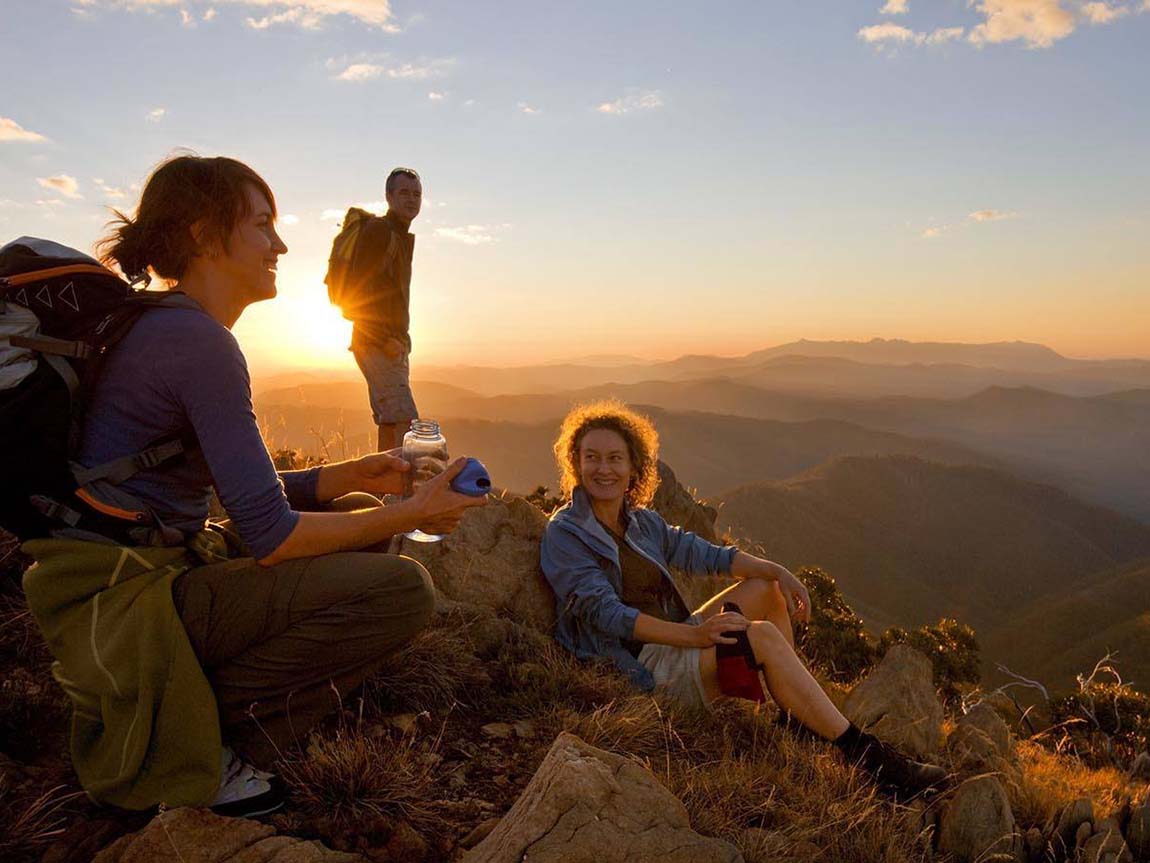 My intention for 2018: Reducing screen time and tethering to real life experiences

In a year where Facebook was one of the top sources of news circulation and time spent in virtual-reality realms reached an all-time high ($4.6 billion spent on VR in 2017 in the US alone!), nearly non-stop screen time seems almost unavoidable.

Chances are, we all have that friend who can’t get through a meal together without pausing the conversation to check a notification on their phone or respond to a quick text. And it’s not as though I’m writing this from my high-horse - I use my smartphone as an alarm in the morning so often the very first thing I do is scroll through a newsfeed, and my job is to write engaging online content so believe me, I get it.

But despite the increased availability of screens at every turn, another trend is emerging; the desire to truly unplug and disconnect - to experience real life and real connections, not just engage with each other on social media.

Just last week I read a blog by Rachel of Hands Free Mama - an open letter to her daughter about the potential pitfalls of too much screen time which is worth a read. Here’s a snippet:

“First, you need to know what is happening to your brain while on your device. Social media is known for creating algorithms to capture and manipulate our consumption. The goal is to achieve the highest amount of engagement possible. (source) There is even a term for this in Silicon Valley: Brain Hacking. It is having a negative impact on our mental health – especially susceptible are teenagers.

Each time the phone notifies you, you stop what you are doing—whether it’s homework or a job you have to do. What might take you one hour to do, will take you several, and it won’t be completed as well. The inability to focus will reflect in your grades and impact the job opportunities you have as you grow. Spending quality time with friends and family will be impacted by the need to check the phone, making you believe what is most important is on your phone when it is really the person in front of you.

Each time you scroll, you are being influenced by what you see on the screen. Your thoughts and beliefs about what your body should look like or what your life should look like are being shaped. The hidden influence of the internet can create a poor self-image, unrealistic comparisons, and harmful judgements – and you won’t even know it is happening.

But here’s how you take back control:

Since reading this, and since recognizing my own tendency to reach for my phone far too frequently in a given day, I’ve decided that one of my intentions for 2018 is to reduce the amount of time I spent on social media and to instead, truly be present in the current moment.

I’m optimistic that by loosening the ties of social media will feel freeing, eye-opening, and rewarding. In cutting back on social media, I also plan to reduce other forms of including tv, computer, iPad etc. Given the nature of my role and that so often, screen time isn’t a choice but simply forced upon us (TV’s in restaurants, on the treadmill at the gym, even in the dentist’s office for Pete’s sake!), I know I won’t be able to completely unplug, but am keen to give it a go as best I can.

I spoke with some friends and colleagues about ways they limit their screen-time for themselves and their kids and they gave me the following 9 tips:

Got kids? They might need help with screen-time rehab too.

And that’s it! As with any New Year’s resolutions, I know it’s easier to accomplish with friends so tell me - are you also attempting to reduce screen time in your life this year? Let me know in the comments or send me a note on Twitter and we can help keep each other accountable.

Happy New Year to you and yours!