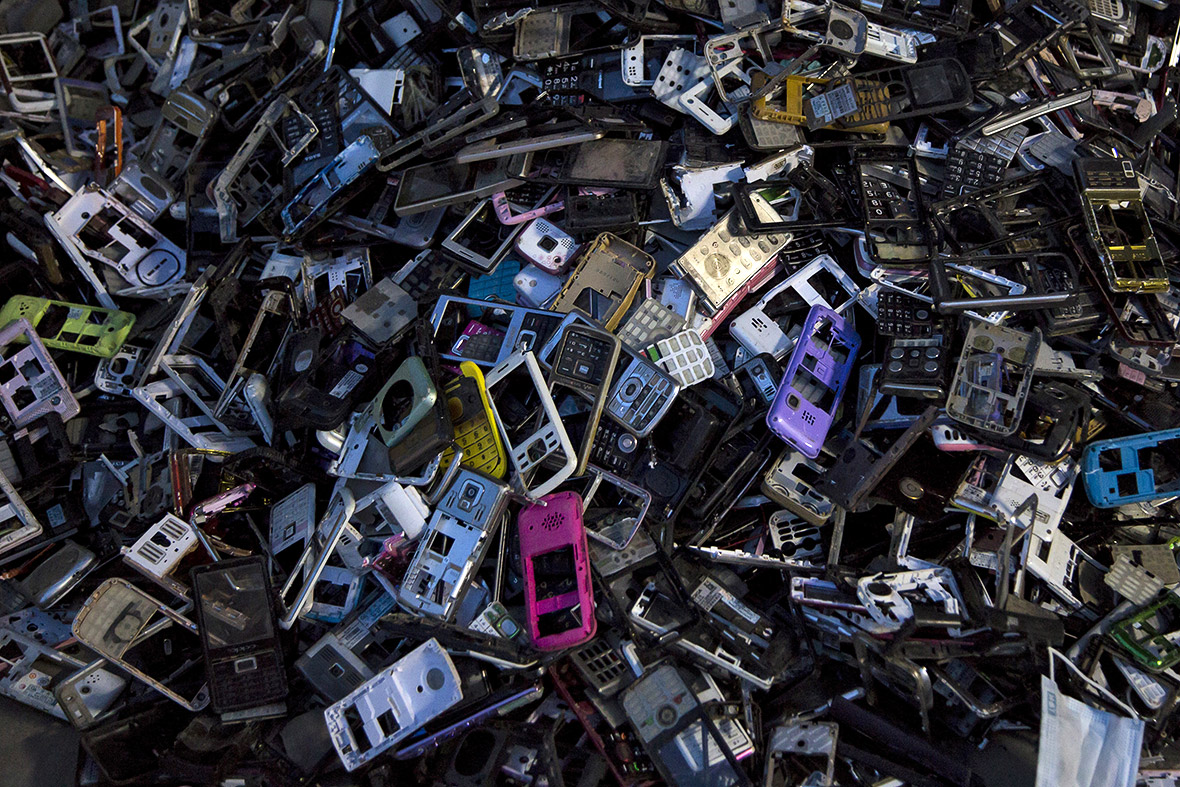 Smartphones and tablets keep getting smaller, replacing energy-hogging TVs and PCs while saving on raw materials

I’ll admit it - as I write this, the voice inside my head is saying “What a hypocrite!” I am an active smartphone user (addict?), while at the same time, completely fearful of the direction our world is going with respect to technology. There are few things that look more ominous to me than a crowd of people standing together, eyes glued to their smartphone screens.

Studies show that Americans have never been more addicted to devices. Thanks to the mobile revolution initiated by the iPhone, there are more than 238 million mobile phones and 140 million tablets in the U.S. - many of which that are rarely powered down. And their numbers are growing, thanks to a perpetual upgrade cycle and demand for new features. For environmentalists, it can feel like a looming electronic nightmare in which America's gadget obsession consumes increasingly higher volumes of the world's limited resources.

But in the midst of these harrowing headlines, comes a sliver of a silver lining.

A Bloomberg article by Nathan Bullard and Adam Minter published this past December shows that this isn’t the case. According to their data, as Americans shift from big devices such as traditional tube televisions and personal computers to smaller mobile devices, electricity and resource consumption is declining rapidly. “America's gadget habit has never been greener.”

In case you didn’t see the story, here are the goods:

“First, those electronics, courtesy of a new study for the Consumer Technology Association: Despite the hundreds of millions of smartphones and tablets now in U.S. pockets and on bedside tables, there are far fewer electronic devices around now than there were four years ago.”

While this may seem counterintuitive at first, considered that a smartphone has all but replaced any need for a TV or desktop computer for some.

According to Bullard and Minter’s research, electricity isn't the only thing gadgets are consuming in smaller amounts. The shift away from heavy, traditional tube TVs to lightweight flatscreens, phones and tablets has resulted in a substantial decrease in the amount of raw materials going into electronics.

They cited recent research led by Callie Babbitt, a professor at the Rochester Institute of Technology, which shows that the total weight of consumer electronics sold in the U.S. every year peaked in 2000 and had declined to 1993 levels by 2015 (the last year for which data was available) -- despite the fact that Americans consumed 350 million more devices in 2015.

All this being said, there is still much work to be done.

“Today's small gadgets may use less power and materials than previous generations did, but their size makes them difficult to repair or recycle. That shortens their lifespan -- a bad outcome for consumers and the environment alike.

But manufacturers are beginning to address these problems, too. Companies such as HP Inc. and Dell Inc. are leading the way with designs that extend the lifespan of devices and enable recyclers to extract materials affordably. That's good news for consumers, and even better news for the environment.”

Want to learn more? Check out the full article here.

Why did solar get so cheap in the last 20 years?

The Future Is Now With Home Automation. But What Is It & Why Do We Need It?

The Future Is Now With Home Automation. But What Is It & Why Do We Need It?